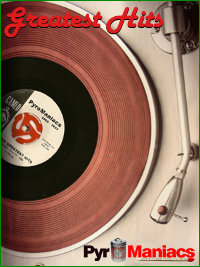 The following except was written by Dan back in April 2006. The topic was the proper approach to dealing with Biblical metaphors.

Thank God that the Bible as a whole doesn't read like a legal document or — worse — anything written by any department of any branch of any government. Whereas legaloids, bureaucrats and eggheads tend to generate documents addressed mostly to themselves and the rarefied atmosphere of their peers, the Bible is addressed to craftsmen, tradesmen, farmers, parents, kids. Folks like us.

For that reason the Bible bristles with vibrantly colorful ways of communication, including stories, riddles, poems, aphorisms, personal letters, alliterations, similes and metaphors. We pretty instinctively know what a metaphor does: it illustrates something about something. It doesn't illustrate everything about anything. We shouldn't go nuts with it.

So when we read that Yahweh is our Shepherd (Psalm 23:1), we're usually smart enough to let the psalm itself bring out the implications of that word picture. We don't go nuts, and depict God as wandering around in the desert, carrying a literal stick, picking grit out of His stew and being bitten by bugs. That's leagues beyond, and beside, the point of the metaphor.

On the other hand, of course we don't sniff, “Well, of course, He isn't literally a shepherd,” and then simply ignore the point of the psalm. The metaphor is used for a purpose, and we're both fools and the poorer for it if we evade that purpose.

We should similarly avoid going to either extreme when it comes to Biblical metaphors applied to believers. There are many of them.

Take the one I think is most misunderstood: disciple. What does that word itself mean? Ask any church gathering and, assuming that you know the answer, you'll be a bit disheartened. “Follower?” the first brave soul will venture. “Apostle?” “Believer?” “Disciplined, uh, person?”

They'll all mean well, and they'll all probably be wrong, because disciple has just become one of those words we use without definition. In Greek, it's quite unambigous. Mathetes is related to the verb manthano, which means “I learn,” and it simply means “a learner,” “a pupil,” “a student.” (See how much better sense that understanding makes of Matthew 28:18-20, and John 8:31-32.)

It's a neglected and much-needed metaphor, in my view. How many professed Christians come to church, Sunday after Sunday, mentally and physically prepared to do everything but learn? No pen, no pencil; no laptop, parchment, crayon, stub of coal. More often than I can bear to think, no Bible. They simply come to watch, to observe, perhaps to sing, hopefully to be entertained to some degree — but not to participate, not to catch what they hear, tie it up, make it their own, and do something with it. They feel that their mere bodily presence fulfills all requirements.

So we'd move on a good bit towards the reality of Hebrews 5:11-14 if we stressed that image, that picture, that metaphor, more insistently. But it is not the only metaphor! Is the only goal of a church's function to fill up notebooks, or load heads with facts? Is a pastor doing his job if he develops a vocabulary that only his special students can understand, and develops the atmosphere of a college classroom?

In sum: the Bible is a big book, on purpose. In crafting our view of anything, we should take in the whole range of revelation, and not just isolate the bit that strikes us at the moment.